After hearing from thousands of people who signed petitions on Change.org, as well as many who called, posted on Facebook and Twitter, and threatened mass boycotts, McDonald’s released an apology to pit bull advocates, which reads, “(w)e apologize for running a local ad insensitive in its mention of pit bulls. We didn’t mean to offend anyone and the ad is being pulled.”

Why This Is Important?

This advertisement says petting a pit bull is risky behavior, and implies eating their food is safer. It portrays these dogs in a negative manner and they are attacked enough in the media. At the very least, it is blatantly false advertising.

The ad can be heard here. 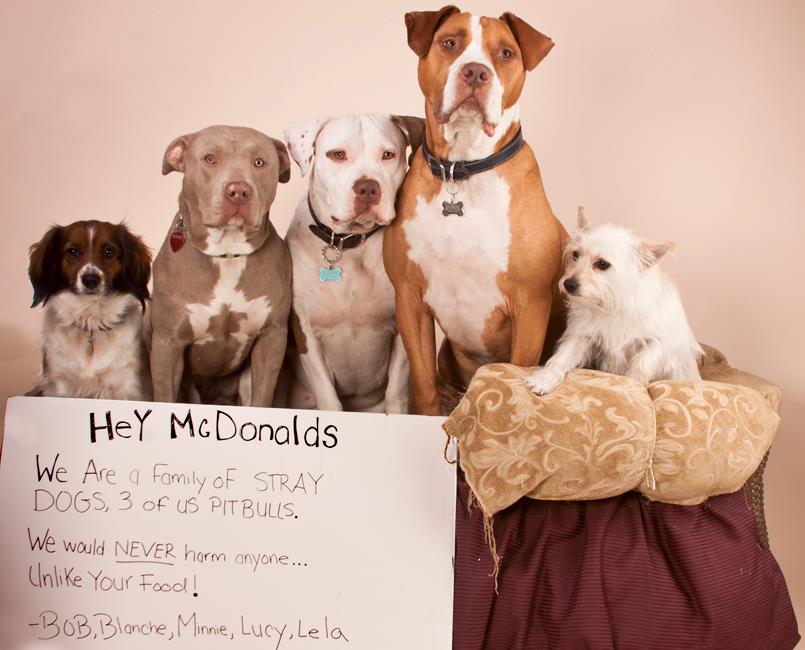 The Loyal Companionship and Protector

The Warrior and Survivor

Please use your leash!